The Adapter Pattern in object-oriented programming

WHAT IS AN ADAPTER PATTERN?

An Adapter is kind of popular in our daily life. We often encounter many types of adapters such as: power adapters (voltage converter), laptop adapters (laptop charger), memory card adapters, etc… Mainly, it’s an intermediate bridge that helps operate two objects together.

Well, when we talk about Adapter Pattern, we’re talking about almost the same thing. When you have objects but that they can’t be used with your built interface because it does not fit, the most appropriate solution would be to create a new interface for the object with an intermediate interface layer which is called “Adapter”. This class is only responsible for the interface switch, the methods which this class will have to use are the ones of the object it adapts.

In Object-oriented programming, we have two important concepts that are parallel to each other;

With these two concepts, we have two ways to install the adapter class: Object Adapter and Class Adapter.

We have a class Adaptee with the following structure:

Inside SimpleBank class, we have two methods to get the bank account name and the bank balance. In a situation where the Client wants a method to print out the information above but that you can’t touch the SimpleBank class, you need an Adapter class:

Now you can get the bank account name and the bank balance by using the method from BankAdapter class:

And the output will be:

Class Pattern that allows the interface of an existing class to be used for another interface. It is often used to make existing classes work with others, without modifying their source code.

Another advantage of the Class Pattern is that it allows us to decouple our Client code from the Adaptee.

In our example, we will work with a saved information account class. We have simple class:

We can list the problems with the InformationManager class, which is:

So, to solve the problems above, we can use the class adapter by creating an interface that those adapter class will implement.

We can start by creating an InformationInterface class:

After that, we create two adapter class and each of them will be implemented InformationInterface:

Based on the code above, we can now rewrite our InformationManager class in the following way:

The Adapter Pattern is extremely useful when combined with SOLID design principles and it helps developers to write a cleaner and more maintainable code.

This article is for developers who are accustomed to thinking object-oriented programming, as well as understanding the characteristics and properties of the object. 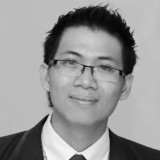 Binh Tran is a Developer at Apiumtech. His favourite quote is "Don't code today what you can't debug tomorrow"