Living in a world where social media is an important component of our lives and using more and more those networks for personal and business purposes, it is important to follow influencers on the topic that interest you! In this article I created a list of UX Gurus, who I believe are the best UX influencers. I chose them from thousands of experts in UX Design.

Who You Follow On Social Media Is Changing You

The people you’re around the most influence how you think and how you behave. Who you follow matters, because it changes you. They change your mind and if you want to succeed, you need to learn from successful people in that area.

What you read changes your mind in obvious ways, presenting facts and allowing you to rethink and come to your own conclusions.

When you think about UX Design, Scott Jenson’s name has to pop in your mind. He is a UX strategist & designer. He has been at the forefront of user interface design for over 25 years and is a battle scarred veteran of software industry. He had many important positions in famous companies like Apple, Google, Symbian…and has shipped over 10 different OS releases, 4 commercial web site revisions, designed 3 different mobile phone UIs, did the UX for Google Mobile Maps, survived 3 start-ups, and has over 20 patents…

He writes articles and we suggest you to read them because we find them profound, attractive, charismatic and up to date. You can learn a lot.

On his Twitter page, he also posts and retweets issues from other UX design experts. Also, he constantly updates new problems from Apple, Google, technology, design…

Their slogan is “Helping UX Professionals Find UX Events”. They are a sort of event search engine where you can easily find UX, UI & Agile Development events & conferences. You also have the option to attend those events you are interested in.

You can visit their Website to choose events of your interest.

Luke is recognized internationally as a digital product leader who has designed and built software used by more than one billion people worldwide. Luke is currently a Product Director at Google. He used to be a leader at Bagcheck, Yahoo, eBay, NCSA, etc. He is the author of three popular Web design books (Mobile First, Web Form Design & Site-Seeing).

You will be able to find interesting posts and updates about new technologies and designs. Also, there are great ideas, lessons, guides, examples and articles.

UXfeeds has a book with the name “one million why question”, Before you become a UX designer or even if you are a UX design right now, you should follow them. UXfeeds can solve all your doubts, troubles, answer your questions and guide you on how to do it better. They are focused on UX design. From millions of designers, they collect the best ideas about UX and post them. You don’t need to spend your time to find news, tips, lessons, etc. about the design, you just need to follow them and you will have it.

Jan Jursa is a Mobile Experience Designer. He curates UX related content on twitter and hosts two podcasts (IATV Radio, Abends in der Kreativwirtschaft). He runs three conferences (German IA Summit, MobX Mobile UX Summit, MEDlove) and is the Editor in Chief of a free eBook – UX Storytellers – that was written by 42 UX authors from everywhere around the world and that basically talks about their personal stories as UX professionals.

He knows 5 things: “where, when, what, why & how” that are the best for you in design. He also runs Design trainings.

Khoi Vinh is known as a leader in Design. He is a graphic designer, blogger, and former Design Director for a reputed newspaper; The New York Time. His company launched Mixel, an iPad app combining the power of social networks and multi-touch tablets to let people from all walks of life make art. He is the one of 50 Most Influential Designers in America.

On his Twitter he posts some activities, works, upcoming events, technology news. He always updates news about IOS, Android & Apple.

Daniel Burka is best known as the former creative director for website Digg and current design partner at Google Ventures. He is also a founding partner at the web design company silver orange, based in Charlottetown, Prince Edward Island, Canada.

Visiting his twitter, you will see fantastic things in his life, his works, technology news, etc.

Adham is a very interesting person. He is a UI/UX Designer with a passion for designing clean and functional user experiences. He enjoys turning complex problems into beautiful and intuitive interface designs. He is also proficient in Front End Development with experience coding HTML, CSS and jQuery. Adham is a professional and talented web designer.

On his blog, we can find a lot of useful Design articles. He provides you with many design tools, advices and tips. He also posts articles from expert UX designers.

Taylor is the youngest person in this influencer’s list. But he is a professional UX designer. He is Writer of AndroidUIUX.com and, Google Developer Expert in UX/Design 2014-2015.

On his twitter, he often publishes news from Google, Android, IOS, etc. He also shares many useful things about designs and sometime you can see and attend the events, where he is a speaker.

Roman Nurik works at Google as a Design Advocate, focusing on Android. He also does web design and programming. He has made some Android apps and some themes for Chrome.

On his Twitter, he publishes many tips and tools to design, to learn and to apply in your design projects.

Influencers build good networks. Their contacts engage in conversations & discussions on posts of those influencers, you can learn from these conversations much more than just reading theory. By reading posts and conversations of UX design Gurus, you might learn faster. 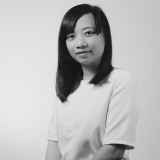