The software development industry in Vietnam has grown spectacularly over the past years. If in 2000 the number of software companies were 25, in 2014 this number reached 4000 and provided more than 55,000 jobs according to Vietnam’s News Agency.

Vietnam was also rated as one of the top 30 countries for offshore services in 2010 by Gartner and according to the Gartner report in Jan 2015 Vietnam was in the 01st tier of emerging market locations with China and India. Ho Chi Minh City was ranked 16th and Hanoi was 23rd by Tholons in the Global list of TOP 100 Outsourcing Cities in 2013.

Moreover, foreign multinationals like Fujitsu, Harvey Nash, Samsung, Microsoft, LG, Atlassian, Rocket Internet and Intel have invested in large operations in Vietnam to serve their customers globally. We can see that after 14 years, IT in general or software development industry in particular have achieved the next level of evolution.

Telecommunication and IT majors: 290 universities and 228 vocational schools with 65.000 graduated students annually (2013) IT workforce: 450.000 employees in 2013 with good experience, people are eager for learning and hungry for new technologies.

Cost of software outsourcing and development in Vietnam is around 30% lower than in India and less expensive 50% than in Eastern Europe (by Global Services – Tholons 2007-2012). Vietnam was ranked as 20 best places to live oversea.

Vietnam was ranked as the emerging high tech center by world leading companies:

Vietnam has been considered as one of the most stable countries in the world. There is no ethnic, and religious conflict and no conflict with any neighbor since 1979.

English proficiency has been improved rapidly over the past six years and Vietnam has jumped to 28th place – the same group with Argentina, Japan, Ukraine, Spain and India and better than China and Russia (2014 EF English Proficiency Index).

For those above reasons, Apiumtech has been expanding business in Vietnam since Feb 2015 with very strong-skilled team. Currently Vietnam office has more than 10 members in the team and the estimated number will be up to 50 end of this years. 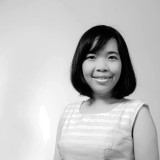 Le Dieu is an Online and Digital Marketing Manager at Apiumtech. She is very interested in the evolution of technology and believes that creativity plays a crucial role in innovation, and therefore she gets inspired by reading successful case studies and participating in tech events, always moving to the next level.