September is a busy month in Barcelona for most of the companies and Apiumtech is not an exception. This week Apiumtech became a Barcelona Tech City member.

Barcelona Tech City is an association opened to all those based in Barcelona working in digital and tech business and ecommerce in particular. It is a digital Business cluster that benchmarks Barcelona to the world.

The global aim of Barcelona Tech City is to consolidate and stimulate an emerging sector with a turnover of 6 billion euros and 10,000 workers, contributing to benchmark Barcelona as a reference in the international tech scene.

WHO ARE THE MEMBERS OF BARCELONA TECH CITY

2. Founding partners of companies which provide consultancy services, directly or indirectly, for business projects in the digital & tech business sector.

4. Department managers or executive heads in multinationals with their headquarters or branch in Barcelona whose activity is in the digital & tech business sector. You can meet there CTO’s, CIO’s, CMO’s of big international companies and CEO’s of promising fast-growing start-ups.

5. Agents of venture capital entities or networks of private investors who have promoted investments in business projects in the digital & tech business sector.

WHAT ARE THE MAIN BENEFITS FOR THE MEMBERS

WHO ARE THE MAIN PARTNERS OF BARCELONA TECH CITY

Barcelona Tech city has a government support and represents more than 250 companies, including Edreams, Privalía, Softonic, Inspirit, Ulabox and many many others.

Each month Barcelona Tech City organised networking and tech events and invite members to the world wide famous congresses and exhibitions like: IOT Solutions World Congress. It will take place in Barcelona, in Fira 16th – 18th of September and if you follow our blog and our social media networks, very soon you will know more about it. 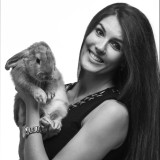